Today at the CDC: More Farce than Tragedy

“The president touted the accuracy of the test to detect the coronavirus, which members of his administration have acknowledged is not available to all who wants it, declaring it was “perfect like the letter was perfect. The transcription was perfect. This was not as perfect as that, but pretty good.””
And
“But his messaging was more haphazard at the Atlanta-based CDC. Despite calling this week for bipartisanship during the crisis, he said he told Vice President Mike Pence not to be complimentary during his Thursday meeting with Gov. Jay Inslee of Washington, where more than a dozen people have died, because “he is a snake.””
And
“Trump also said he talked on the phone with California Gov. Gavin Newsom about the 3,500 people stuck on a cruise ship anchored off the coast of California. Trump, at the CDC, advocated for the passengers to remain on the ship — in part so they would not count against the total number of victims in the United States. He did say he would defer to the medical experts.”
And
“The president, while touring the CDC, also boasted about his ability to understand the virus, even though he has repeatedly misstated how long it would take for a vaccine to be developed and available.

“You know my Uncle was a great — he was at MIT. He taught at MIT for a record number of years. He was a great super genius, Dr. John Trump,” the president said. “I like this stuff. I really get it. People are surprised that I understand it. … Maybe I have a natural ability.” 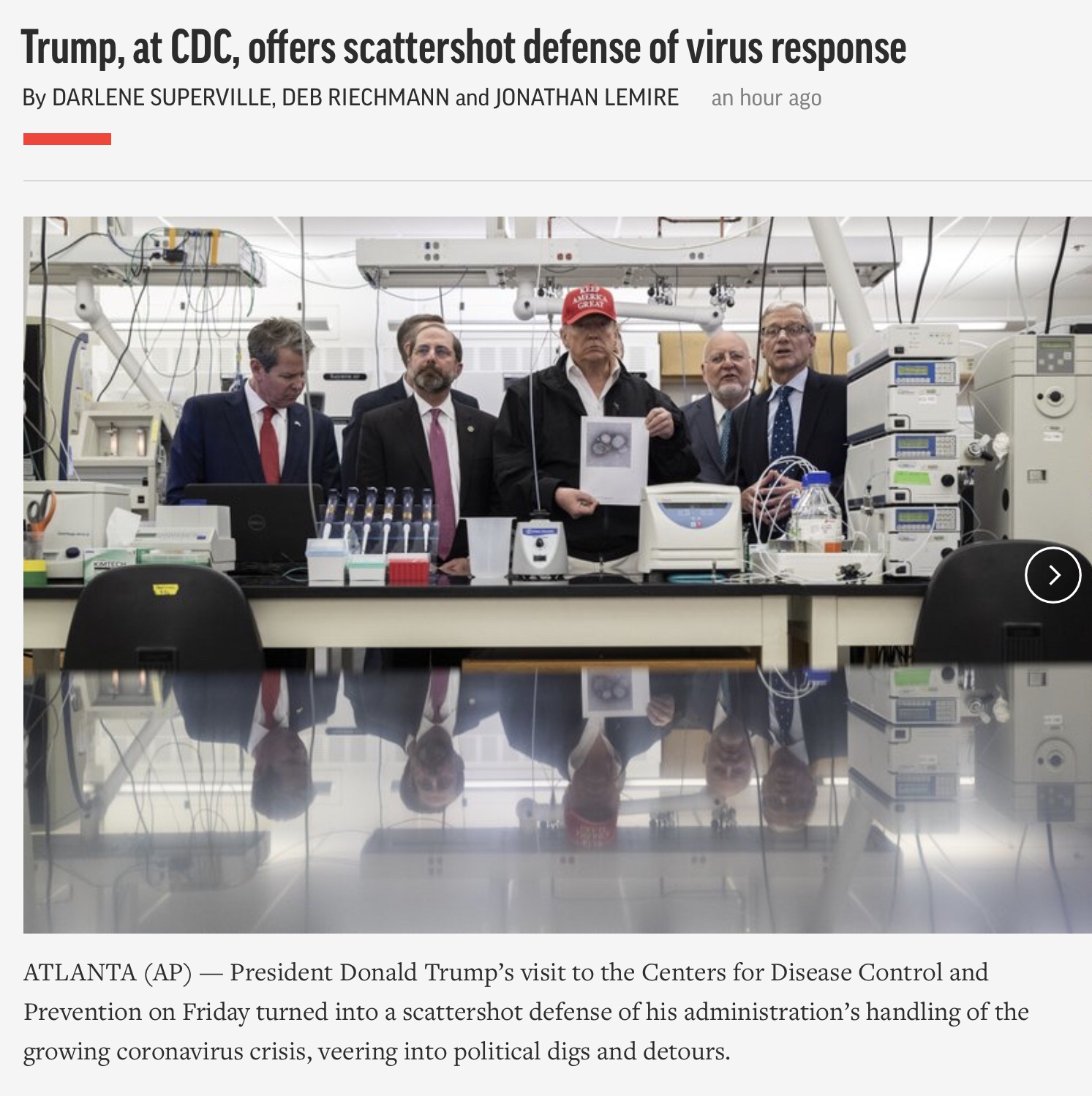 Medicynical note: His look is that of a person on a day-pass from an institution.  His rants are those of a sick unbalanced intellectually limited individual. He is a national embarrassment.